Kiener at global level in automation

At Kiener Maschinenbau GmbH in Lauchheim, the automobile industry and its suppliers are still a driving factor for growth. The turnover in 2013 constantly stayed at the same high level in comparison to 2012, the market has settled down a little and we were able to work through orders well. “We are currently talking about an average delivery time of one year,” says Sales Director Martin Lutz.

As an engineering company founded in 1980 by Waldemar Kiener, the company grew rapidly and is now one of the leading providers in mechanical and plant engineering for production and assembly lines in the automotive industry. Customised mechanical engineering for other branches is also maintained. The subsidiary LACOM, which manufactures coating and laminating systems for the textile industry, was able to improve its production organisation by building a new hall. LACOM currently employs a good 30 members of staff.

The growth in turnover over the past years points towards expansion. In Lauchheim, including the assembly in Bopfingen, Kiener now employs 350 members of staff. At head office, the purchase of a neighbouring hall and establishment of a new training workshop created the basis for further growth.

At the Bopfingen assembly site, a new hall with a capacity of 6400 square metres was completed in 2013. Up to 50 employees work on the concourse pre-assembling the larger systems. Production of the company’s own transport systems, KTS and KTS+ silence, is also progressing. The systems were presented at the Motek exhibition in Stuttgart and several car manufacturers have already become customers. 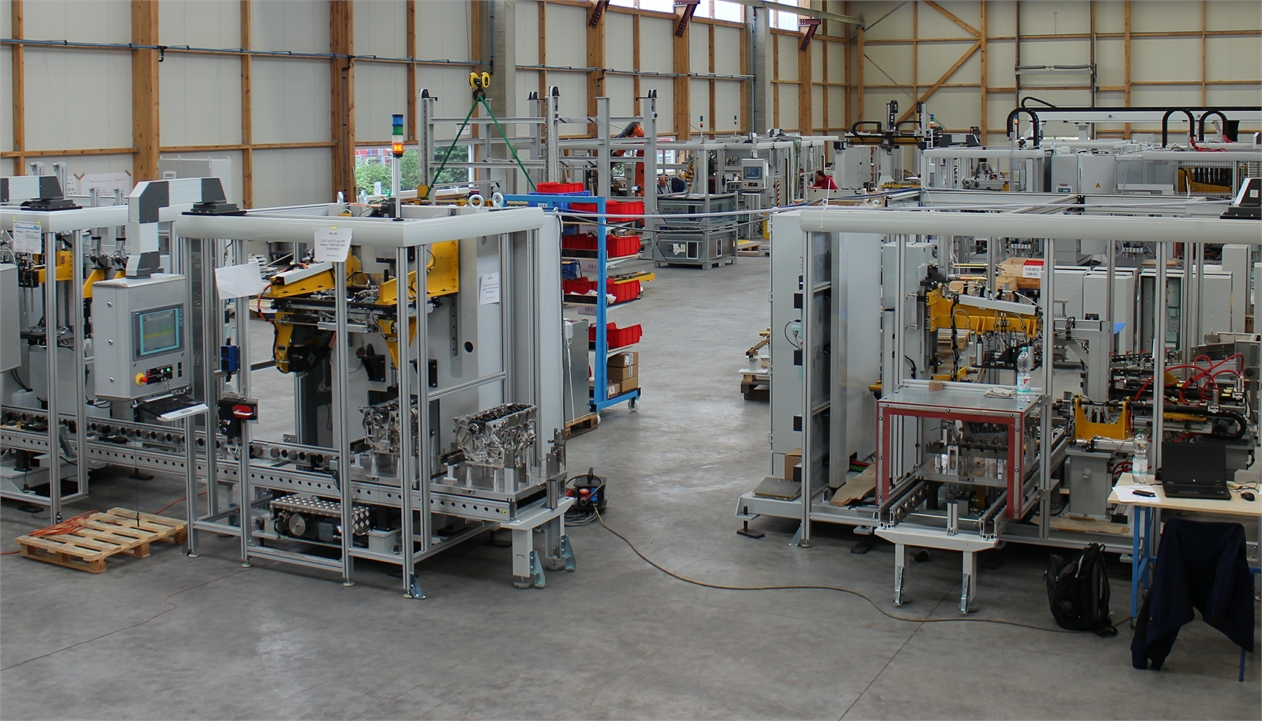 Picture: Engine assembly stations in the new hall in Bopfingen

At the Hungarian site in Lébény near Györ, which was established in 1996, there are another 100 employees. Internationalisation was pushed forwards due to capacity and cost effects and the assembly space was doubled with the construction of a new hall. Another reason for this was that several of the steering assembly lines for ZFLS, which are currently under construction, are used at Hungarian sites. These systems are taken care of by the Hungarian factory with respect to service and some systems are built entirely and taken into operation in the Lébény Kiener factory. 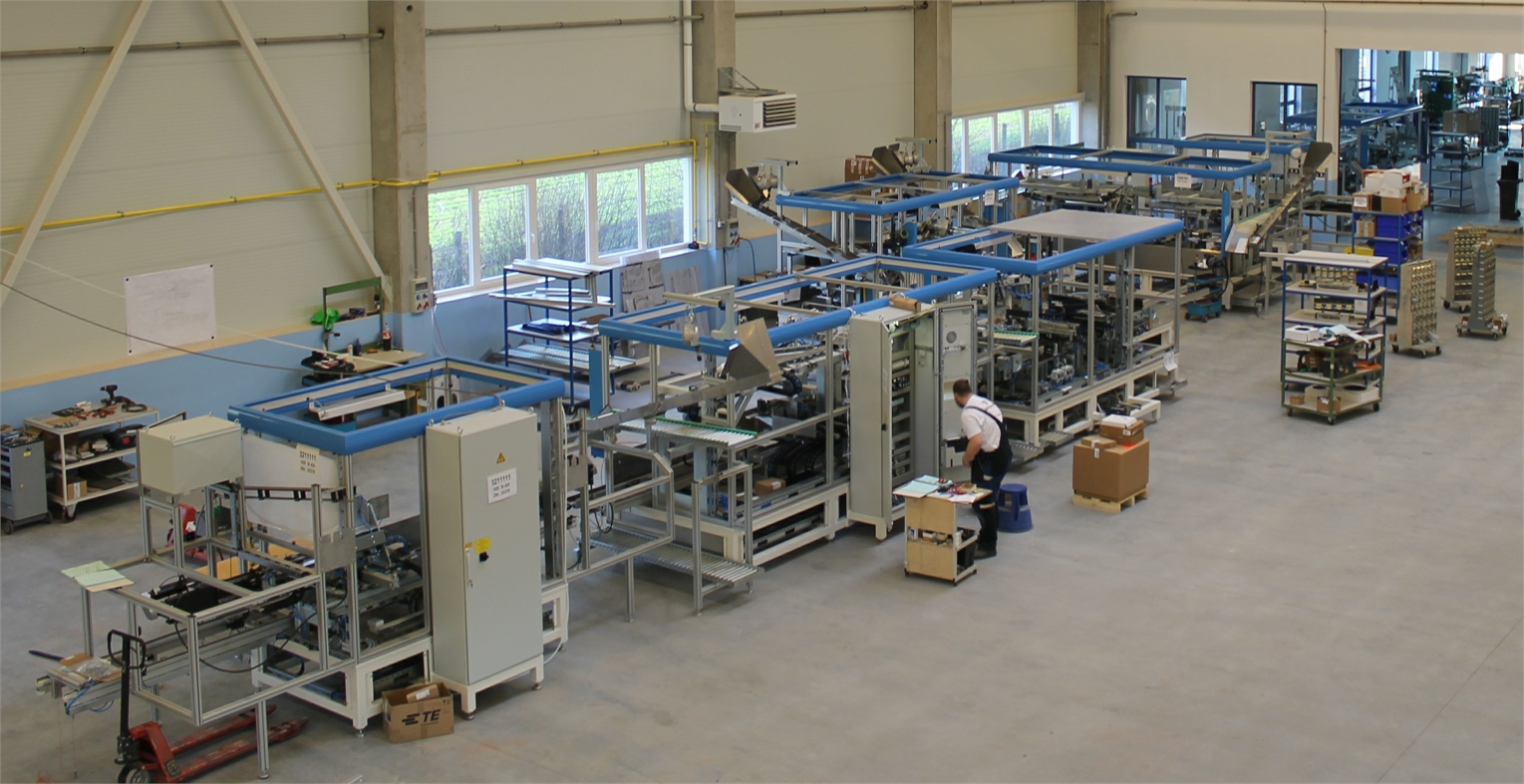 China is a strong market for Kiener

Kiener has also been represented in Shanghai since the beginning of 2013: there are currently 25 employees working in Shanghai – a mixture of Germans and Chinese. “China is a strong market for us and we are attending to our customers there; the largest automobile producers. Car manufacturers there are still at the development stage”, says Lutz.

The focus at Kiener has increasingly shifted towards China. One of several systems commissioned by BMW for the assembly of their modular engine is being developed in Shenyang. Two lines for engine and cylinder head assembly are being setup in Cangchun and Anting for the VW Group. Alongside engine and steering assembly lines, there are further assembly lines, e.g. for mechantronic components. We are planning to develop our service business even further so that we can react even faster to customer requests”, says Lutz.

However, Kiener has not just received orders from China. Engine lines are also being developed for BMW’s modular engine in the Austrian Steyr and in Hams Hall in England:

“A pioneering development: petrol and diesel engines with 3, 4 and 6 cylinders in crossways or lengthways installation are assembled on the systems,” says Lutz.

Kiener is certainly on board with Mercedes-Benz as well. Production facilities for the 4 and 6 cylinder diesel engines from the premium brand are being created in Thuringian Kölleda and in Bad Cannstatt.